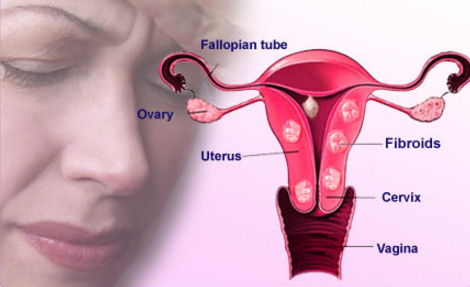 She walked into the clinic holding an ultrasound scan in her hand. Indeed the Doctor was tempted to look at the scan before indulging in the usual introductory pleasantries. However his professional mein overcame the urge as he proceeded with the gynecological consult.

The issue at hand was indeed complex but actually quite common.

A 32 year old married school teacher who had been trying to conceive having gotten married 6 months ago, whose childlessness was a cause of emotional friction between herself and her husband hence she did a Ultrasound scan to check if there was any issue with her womb.

And the scan revealed she had uterine fibroid.

Now the big question. Does fibroid cause infertility?
And the answer is quite complex.

Uterine fibroids are an abnormal stone like growth in a woman’s womb. They are made up of hard compact smooth muscles who under the influence of the hormones which regulate a woman’s menstrual period also stimulates the fibroid to grow.

Fibroid has a genetic basis, commoner in Black women hence most women with Fibroid have a close female relative (mother, aunty or sister) with the condition.

Fibroid is so common that there are a lot of women with fibroid who are walking around without any problem at all hence fibroid for most women is totally harmless.

However for some women who try to get pregnant and can’t who have fibroid, in the absence of any other cause of infertility, then it is said that fibroid maybe associated with infertility.

Some fibroid can be so many in a woman’s womb that it distorts the shape and ability of the womb to hold a baby. Some fibroids can produce poisonous substances that can kill a developing baby.

So for this reason it is best for a woman to see a Gynaecologist and obtain counselling if it is necessary to remove the fibroid or not.

Continue Reading
You may also like...
Related Topics:infertility, uterine fibroid