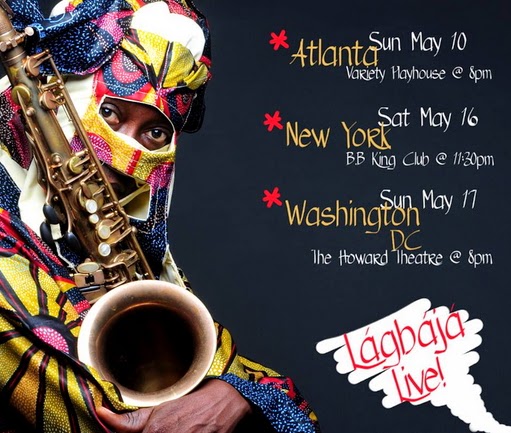 May 8, 2015 – Bisade Ologunde In US For Lagbaja Live 2015 Concert That Will Hold In Atlanta, New York & Washington

Popular Nigerian entertainer Bisade Ologunde has landed in the United States of America for his yearly concert.

Come Sunday the 10th of May 2015 (Mothers day), he will be at the Variety Playhouse in the Little Five Points neighborhood of Atlanta at 8pm

Lagbaja will round up his concert on Sunday May 17th, 2015 at the historic Howard Theatre located at 620 T Street, Northwest, Washington. The event will start at 8pm.

You can purchase your ticket on ticketmaster.com