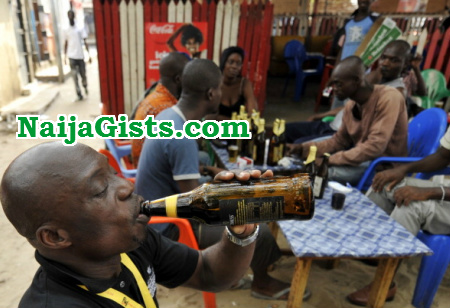 At least one died on Saturday during a cult clash at a popular drinking joint in Omakaejali, Afikpo North LGA of Ebonyi.

The initial clash happened between one Oko Chukwuemeka and Christopher Egwu.

Trouble started when Oko confronted Egwu and ordered him to leave the joint or have himself blamed.

But Egwu was said to have refused to leave and warned Oko to be mindful of his word.

A witness, Okoche Eze, said that, in anger, Oko broke a bottle of beer he was drinking and stabbed Egwu in the stomach. He said the victim was rushed to the Federal Teaching Hospital, Abakaliki (FETHA) where he was confirmed dead.

Eze added that the victim’s cult group went on a reprisal attack and injured three members of the suspect’s group.

A member of Aiye cult group has been arrested in connection with the murder as police launches manhunt for the others.

House Wife Accused Of Beating & Rubbing Faeces On 9-Year-Old Maid Arrested
Yvonne Nelson: I Don’t Like My Father, Oko Nelson Because He Abandoned Me & My Mother