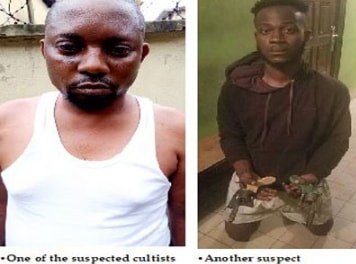 Policemen attached to the Ilasamaja Division in Lagos have arrested eight suspected cultists including the leader of Black Axe in the axis and an herbalist.

It was gathered that six of the suspects -Samsondeen Musari, Senibol Pwel, Opeyemi Shoyombo, Kosoko Abiola, Joshua Oke, Adekunle Akinbola – were apprehended over the weekend at a hotel they lodged preparatory to the attack.

Our correspondent gathered that policemen led by the Divisional Police Officer, Mrs. Titilayo Oriyomi, a Chief Superintendent of Police (CSP), stormed the hideout and arrested the suspects who were already dressed in their regalia. 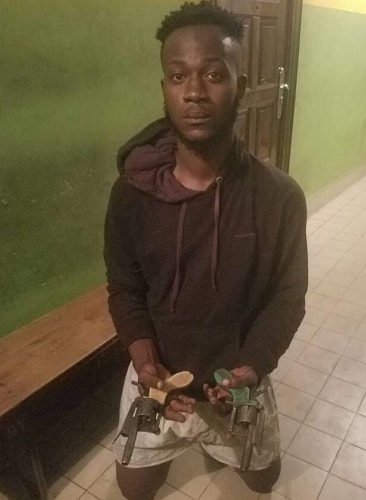 A resident, who spoke to our correspondent, said the Aiye leader, Emeka Ihuoma and the herbalist identified as Adio were picked up on Monday night when the clashes resumed.

“There had been serious figuring between rival cult groups in Ilasa. Some of the cultists were arrested over the weekend and two major persons on Monday.

“The leader was found with two guns and ammunition. He had some charms too. The herbalist was the one who prepared charms for them.

“Policemen have taken over Ilasa to prevent another attack. We have had some sort of peace. Community leaders even went to thank the DPO because the area has been hot since last week.”

Fayose: My Security Aides Have Been Withdrawn, My Life Is In Danger
In Kaduna, Woman Killed By Police Stray Bullet During Burial Of Slain Policemen