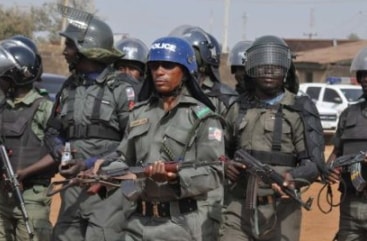 A group of police personnel mourning the death of their colleagues killed a 26- year- old woman in Kaduna on Tuesday.

The state Police Public Relation Officer, Aliyu Mukhtar, confirmed the incident in a statement in Kaduna.

According to him, the deceased officers were among police personnel on special duty and routine patrol, attacked by unidentified gunmen at Tabanni Village along Birnin-Gwari – Funtua Road in Kaduna.

“In their deep mourning mood, some police officers who conveyed the corpses of their late colleagues to Kaduna on Tuesday at about 1100hrs encountered an unfortunate incident where there was accidental discharge of gunshot which hit a female member of the public.

“She was rushed to the hospital but sadly died from wounds sustained in the incident. However, the situation has been promptly brought under control.

“The Police Command wishes to reassure members of the public that the state is calm and peaceful. As such, people are free and safe to go about their lawful businesses without fear or molestation.”

Continue Reading
You may also like...
Related Topics:Kaduna, police, state