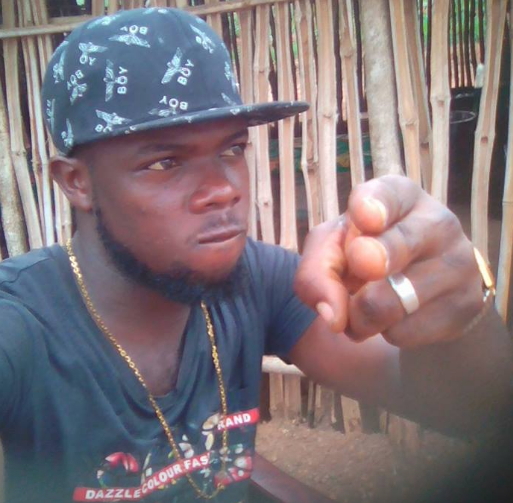 A former resident of Enugu Ngwo who took to the social media last week Monday the 24th of April 2017 to share photos of himself posing beside corpses at an undisclosed mortuary in Enugu has come under fire.

The guy with Facebook name Val Don Zima told friends on FB that he’s conducting experiment on the corpses shown in the photos below. 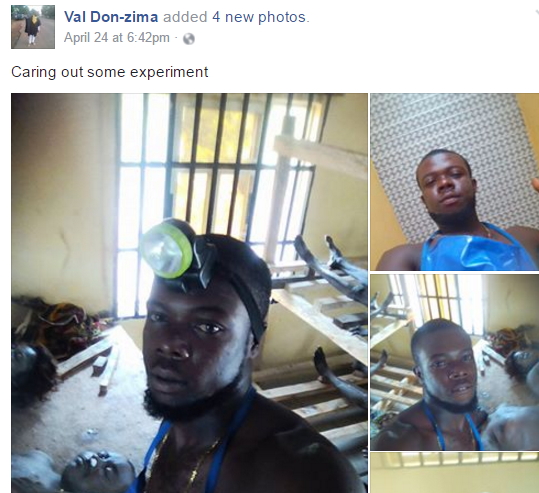 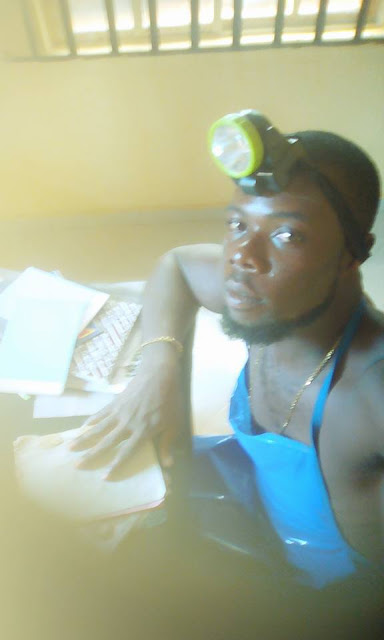 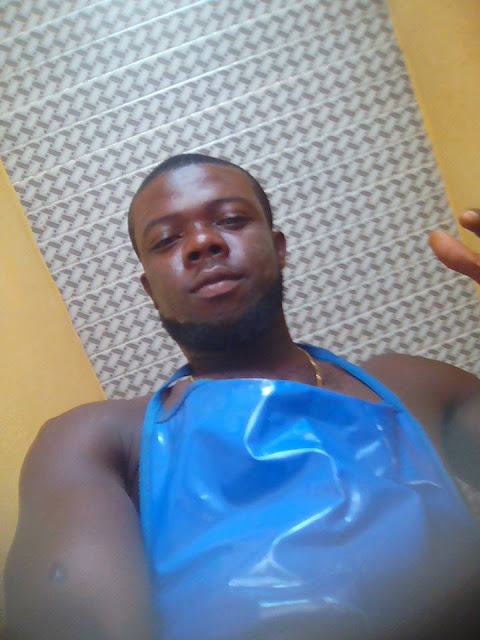 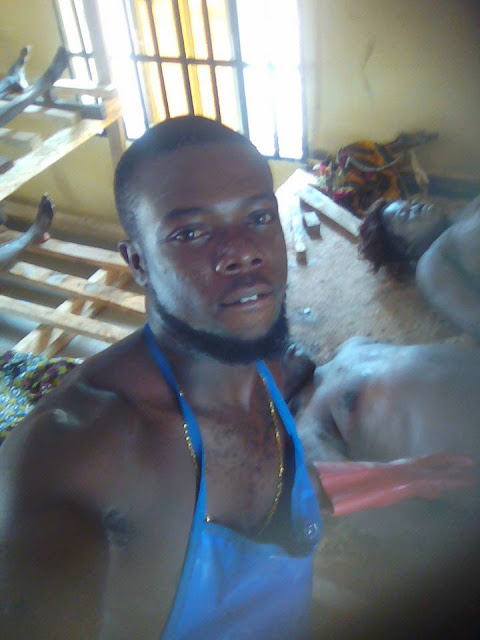 Nigerians didn’t find this funny, though his profile had been reported to Facebook, it is still active.

Many have urged the family of the deceased to sue him.

Even after several take-down requests, he is still yet to remove the disturbing photos.

One of the commentators said the guy used to work as an on-call morgue attendant at the University of Nigeria Teaching Hospital mortuary.

The commentator said the guy has now relocated to Cross River State.

A thorough check on his Facebook post shows he is a member of the Black Axe Cult. 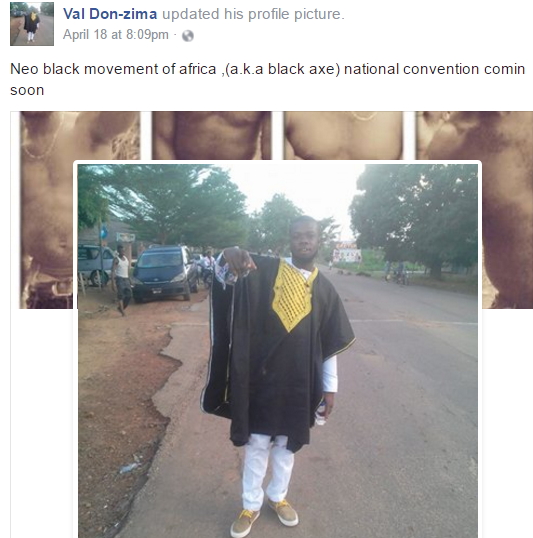 It is only cultists that have no dignity for human life.

Pope Francis Says US & North Korea Conflict Might Lead To War That Could Wipe Half Of Humanity
Nollywood Actress Beverly Naya Gets Romantic SMS, Text Message From Her Uber Driver