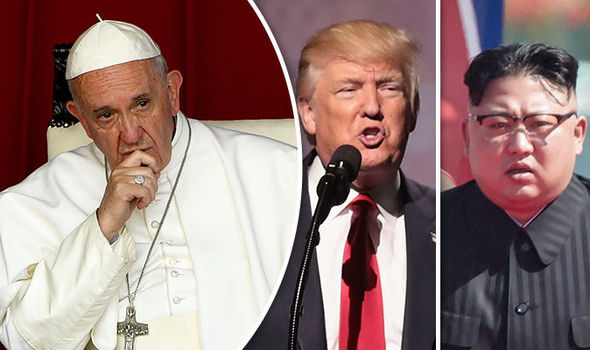 May 1st, 2017 – Pope Francis Says US & North Korea Conflict Might Lead To War That Could Wipe Half Of Humanity, Calls For Solution

The Pope who is currently on a visit to Egypt has called for urgent diplomatic resolution to the US & North Korea power tussle.

Pope Francis said the rising tension between the two countries could lead to military conflict that could wipe out a large part of humanity.

He called for renewed diplomacy using UN & 3rd-party intermediaries to resolve the tensions.