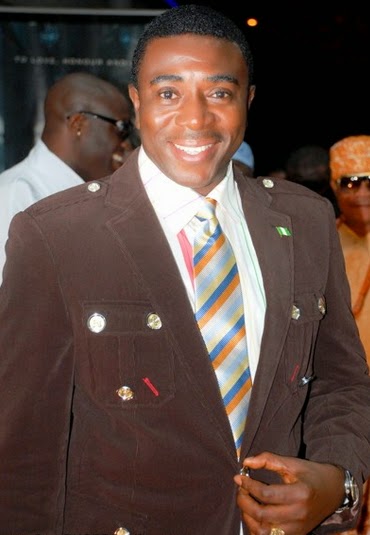 Nollywood actor Bob Manuel Udokwu recently chatted with The Entertainer where he encouraged couples to endure marital problems and spoke briefly on how he handles his female fans.

On how to prevent marriage crash in Nollywood, the actor said:

It’s not just about Nollywood but also about the society generally. What I can say to couples is that the first five years of marriage is never easy, and both parties must agree to make it work because the responsibility lies on both sides. For the men, you should be able to stand for your family in spite of all odds. Despite all quarrels and disagreements (even if she is wrong); swallow your pride – go back to your wife, talk to her, make amends, even apologize and bring her mind down. Once her mind is calm then you can go on to correct her.

On how he copes with female fans, Bob Manuel Udokwu said:

Female fans are like clients that are satisfied with your product and they want more. I don’t have any problem with them. Women and children are our fan base. I have seen some shocking things that if I were not in show business, I wouldn’t believe such things could happen.

On his shocking experience with female fans, the actor said:

Like a girl walking up to you and asking you for a hug amid pleasantries. You oblige her. But as you’re giving her a hug, she whispers into your ears that she wants to sleep with you. You get shocked, but she shows how serious she wants it in her looks; but you turn and run (Laughs).

Every woman appreciates handsome men but to stoop so low to the extent of pestering a married man for sex is a no no… Some ladies no get shame…. haba!