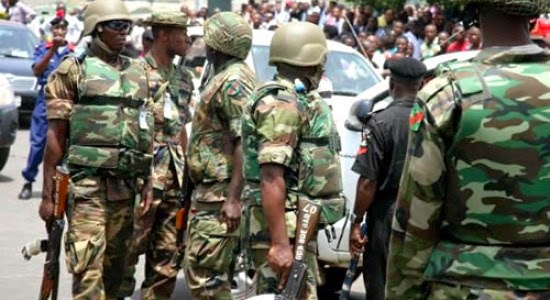 Attempts by Boko Ha­ram to invade a Borno community on Friday snowballed into a fierce bat­tle with soldiers, leading to the killing of 41 of its fighters, security sources confirmed.

Some Boko Haram on mo­torcycles and a Hilux report­edly stormed Sabon Gari in Damboa Local Government, in the southern part of the state but were confronted by the military who pursued them up to a village where they were engaged in fierce battle. No fewer than 41 of the insurgents were killed, a military source told Sunday Sun.

It was also gathered that some youth vigilante from Biu mobilised to the troubled village to support the military effort, a move which sources said, paid off as the insurgents were ambushed near Gur, a village in the area.

“The youth vigilante even brought the heads of some of the slain Boko Haram to Biu to show the people,” says Ali­yu Mohammad, a Biu resi­dent, adding that it was meant to “elicit courage from the people to do away with fears that the insurgents are very powerful and may not be cur­tailed.” [Sunday Sun]