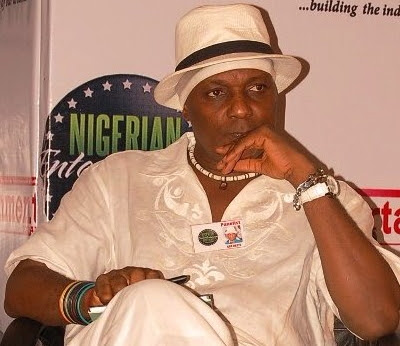 August 2nd, 2017 – I Can’t Pay Back My N500Million BOI Loan Because Pirates Destroyed My Business – Pioneer Nollywood Distributor Cries Out

BOI Is About To Take Over My Property Over N500M Loan, Pirates Have Finished Me – Igwe Gabosky Laments

Pioneer Nollywood distributor Gabriel Okoye popularly known as Igwe Gabosky, revealed on Monday during an interface meeting of the police and major stakeholders in the creative industry that the activities of movie pirates wrecked his company and made him bankrupt.

The film distributor and G-Media boss said he was one of the beneficiaries of the Bank of Industry (BoI) intervention fund for the development of the creative industry.

Igwe Gabosky said the aim of the loan was to create the biggest media distribution company for intellectual property in Africa.

He said he has not even been able to pay back the N500m loan he received and the financial institution is after the property he used as collateral.

He said, ‘The first job I was to distribute was ‘Half of a Yellow Sun’. But, before I could finish printing, pirates had released the fake copies of the film on the streets and sold them for little money.

‘The second job was ’30 Days in Atlanta’ by AY; Pirate also took over and distributed pirated copies of the films on the streets and AY was crying.

‘The third was October 1, by Kunle Afolayan; I was in South Africa negotiating for ITS distribution when I was called and told that the film was already on the streets.

‘The activities of the pirates crumbled the distribution companies and the N500 million I had already collected from BoI, I could not pay back till date.

‘The Bank is now trying to take over all my property which I used as collateral.’

He added that a lot of people in the Industry have died from the pain these pirates have caused.

‘We know these people that are pirating these works; Piracy is like terrorism,’ he lamented.

‘If you go to Alaba International market in Lagos, there are people that believe that the market is a sovereign state inside Nigeria where copyright laws cannot be enforced.

‘I am glad today that the Nigeria Police has risen up and decided to answer us.’