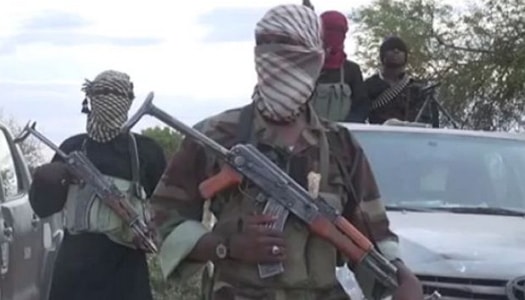 Boko Haram terrorists are occupying eight out of 10 local government areas in the northern part of Borno State, a federal lawmaker, Ahmadu Jaha (of the All Progressives Congress representing Damboa-Gwoza-Chibok), gave the startling revelation on Tuesday.

He was speaking at the plenary session of the House of Representatives while contributing to a motion on the need for special funding for security agencies.

“A number of geographical locations in Borno State and other insurgency-related areas are under the occupation of Boko Haram,” he said.

“Let us take for instance, in a local government that has 13 electoral wards like my own Gwoza, only three or four are not under the occupation of Boko Haram.

“The chief whip to the house can bear me witness, out of the 10 local governments in northern Borno, only two local governments and it is only their headquarters, are still not under the occupation of Boko Haram.”

His revelation contrasted sharply with the view of government that the terrorists are only in the fringes of Lake Chad and are not holding any Nigerian territory.

Continue Reading
You may also like...
Related Topics:boko haram, borno state, over, take