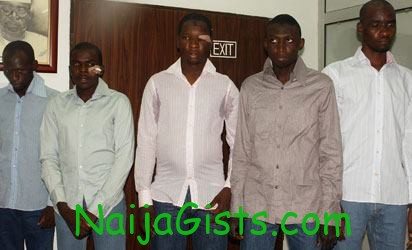 See the faces of the evil members of Boko Haram sect who murdered two foreigners in Nigeria few days ago. naijagists.com

From the left to right they are;