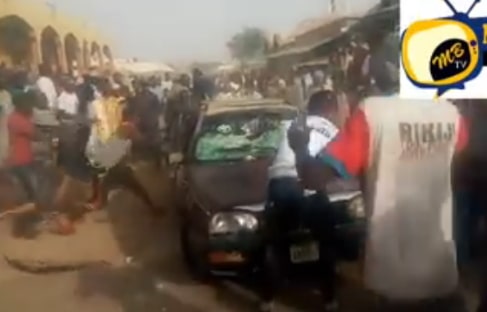 Few Hours to the presidential and national assembly elections holding tomorrow 16th February, 2019, a station wagon golf alleged to have been overloaded with arms has been burnt to ashes by some youths around the area before police arrived at the scene.

Two of the suspects out of three were arrested while one was killed on the spot . The incidence occurred at anguwar dallatu area along new motor park station, Gusau.

It could be recalled that Zamfara state is the stronghold of banditry, cattle rustling and kidnapping where possession of arms are common.