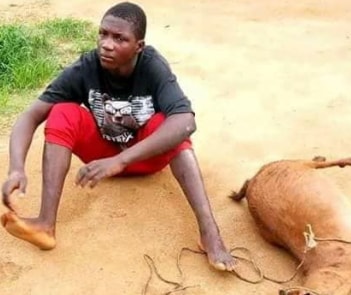 A young man is currently in police custody for allegedly raping a goat to death.

According to a witness, Daniel Ogbeide who shared the story with photos on Facebook, the  young boy was caught in the act with the goat who eventually died.

The lifeless body of the goat was seen near the young man while he was being paraded.

Here is how Mr Ogbeide narrated the story on FB. 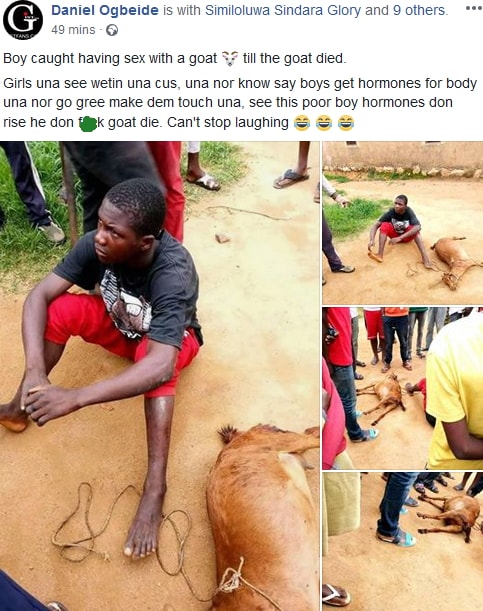