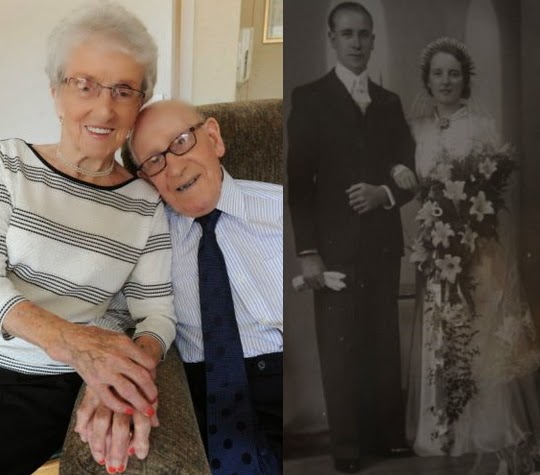 Britain’s oldest couple, Joseph and Sally Littlewood who just celebrated their 75th wedding anniversary claimed long courtship, forgiveness and living apart before marriage was the secret to their marriage success.

The couple gave out the secret to their marriage success in a recent interview.

‘The advice I would give to young people getting married these days is to argue lots but always remember to get over it. It is never worth stewing over. People always have arguments, and in 75 years we are going to have had a lot, but the key is to move on.

When we were young, people just stuck together – back then we had courtship and that has now gone by the wayside. A quick wedding wasn’t done in those days and a long engagement gave you time to get to know each other and know if they were who you wanted.

Kids these days move in together not really knowing what they want from each other. If you are going to move in with someone, or marry them, you have to know you love them. Everyone is getting divorced these days. They have quick marriages and I just think people do not have what they want. They go to live with each other too soon when in reality if you do that you should be in love with each other.

Great love, great faith and a great family have kept us together.’