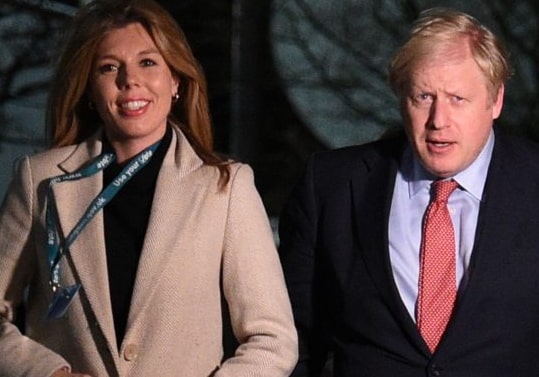 This was announced by the PM today as the country’s death toll jumps to 759.

Over 3000 Britons tested positive to the virus including the country’s Health Minister.

More government officials including secretaries are expected to go into isolation after coming in contact with the PM following his appearance in the parliament on Wednesday.

Here is how Johnson announced the diagnosis:

“Over the last 24 hours I have developed mild symptoms and tested positive for coronavirus. I am now self-isolating, but I will continue to lead the government’s response via video-conference as we fight this virus. Together we will beat this,” Johnson said on Twitter.

“Hi folks, I want to bring you up to speed on something that is happening today, which is that I have developed mild symptoms of coronavirus. That is to say a temperature and a persistent cough. And on the advice of the chief medical officer, I have taken a test.

“That has come out positive so I am working from home. I am self isolating. That is entirely the right thing to do.

“But be in no doubt that I can continue, thanks to the wizardry of modern technology to communicate with all my top team to lead the national fight back against coronavirus.”

“The test was carried out in No 10 by NHS staff and the result of the test was positive. In keeping with the guidance, the Prime Minister is self-isolating in Downing Street,” the source added.

Mr. Johnson’s pregnant partner Carrie Symonds is believed to be in self-isolation, although it is not known when they last saw each other or if she has been checked.

The Queen, who last saw Johnson on March 11, was said to be in good health yesterday.

The 93-year-old monarch, whose son Prince Charles also has the infection, is said to be “following all the appropriate advice with regards to her welfare.”

A Buckingham Palace spokesman said: “Her Majesty the Queen remains in good health. The Queen last saw the Prime Minister on March 11 and is following all the appropriate advice with regards to her welfare.”

The UK’s coronavirus death toll went up to 759 yesterday after officials announced 181 more victims of the infection.