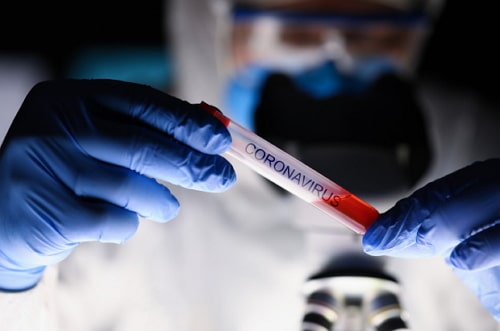 Covid 19, an infectious disease caused by Coronavirus has killed 25,066 people, with Europe accounting for most of the deaths, according to an AFP tally at 1430 GMT Friday based on official statistics.

At least 547,034 coronavirus cases have been registered around the world since December.

Economies were reeling — the head of the IMF said it was clear the world had entered a recession — and Africa’s business powerhouse South Africa became the latest nation to start life under lockdown as it reported its first COVID-19 deaths.

British Prime Minister Boris Johnson, whose country has seen more than 14,000 declared coronavirus cases and 759 deaths, said he had developed mild symptoms over the previous 24 hours and was self-isolating after testing positive.

Spain reported that its death toll had hit 4,858 after 769 people died in 24 hours, a record one-day figure.

It was higher than the latest toll from hard-hit Italy, where experts said the epidemic could peak in the next few days but regional authorities warned the crisis was far from over.

The rate of new infections also appeared to be slowing in Spain, something officials cautiously described as “promising”.

Europe has suffered the brunt of the coronavirus crisis in recent weeks, with millions across the continent on lockdown and the streets of Paris, Rome and Madrid empty.