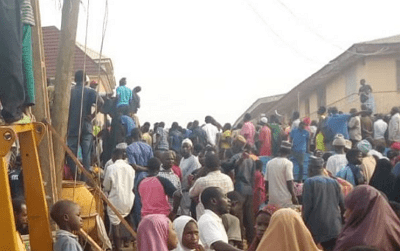 A 2-storey building has collapsed at Delimi, Butchers’ Lane, Jos, causing panic among residents of the area and passers-by.

Mr Kefas Yilrwang, the acting Managing Director of the Jos Metropolitan Development Board (JMDB), who confirmed the story to the News Agency of Nigeria (NAN) on Monday, said efforts were ongoing to rescue people who were trapped in the building.

Yilrwang, however, said that the cause of the collapse had yet to known as at the time of filing this report.

He said that personnel of the board and security operatives were jointly making efforts to rescue people trapped in the rubbles of the collapsed structure. 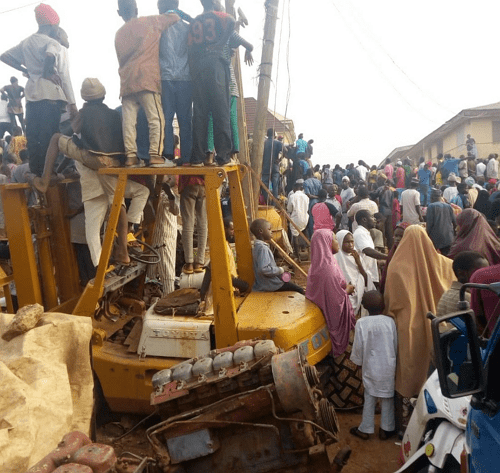 He said already, an investigation had been launched to ascertain the cause of the disaster.

The acting managing director, however, said that no casualties had been recorded yet, but that all efforts were being made to save lives. (NAN)