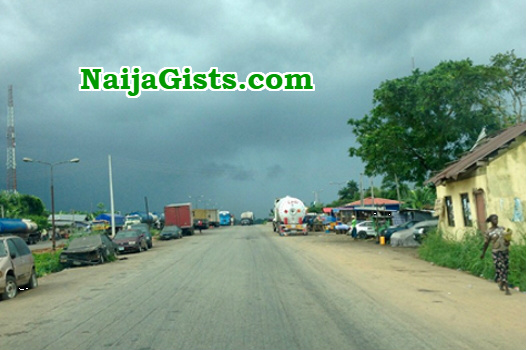 Bus Loaded With Turkey Plunges Into River In Akoko Ondo

The  driver of an 18-passenger bus loaded with Turkey who was going from Ibadan to Kabba in Kogi state has reportedly died in a road carnage.

The accident occurred between Gedegede and Ajowa in Akoko Northwest local government area of Ondo state around 2 am Tuesday morning.

It was at a dangerous bend with a bridge over flooded with water.

Sources said It was the loud bang of noise in the night that woke up the people of Gedegede. The vehicle was also soaked in water.

An eyewitness said one of the survivors managed to swim out and rescue the second occupants who sustained various degrees of injuries.

He advised against night journey and excessive speeding by drivers.

The remains of the driver has been deposited at the State Specialist Hospital, Ikare-Akoko.