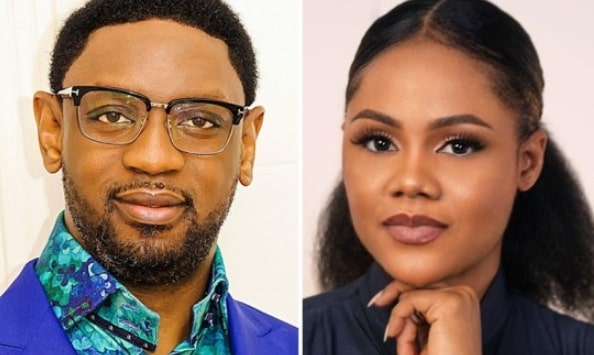 Yes Busola Dakolo Lied, Pastor Biodun Fatoyinbo Didn’t Not Rape Her, Post My Letter For The World To Read

Content of the second email from the anonymous source who exposed Busola Dakolo and Pastor Fatoyinbo to NG earlier this week.

I want to clear my conscience that was why I documented everything that happened so far in a weighty letter I sent to your media house.

That you chose not to post it does not mean the truth will not come out sooner or later.

I caught Busola Dakolo on several occasion with the former Yahoo boy that calls himself a Pastor.

As a matter of fact, Biodun was not called by God, he called himself. He was a cultist in his University days and a bosom friend of my late brother who died innocently during a cult war last year.

He has defiled the altar of God on several occasion and has cheated on his woman with several other prostitutes who called themselves housewives, Busola Dakolo included.

I was surprised when Busola suddenly accused Biodun (sorry I will not call him Pastor because he is not one to start with) of raping her.

She said that to cover up her sins of many years.

I said many years because her romance with Biodun started in 2017. I remembered vividly on one Sunday when I saw them both of them at an hotel very close to the Presidential lodge.  I met these two on several occasions at first I didn’t know who she was until one of my co-workers at the hotel told me about her husband and how the guy sacrificed so much for her and their children.

I personally believe whatever these two were doing together at this luxury hotel between June 2007 and Dec 2018 when I left must have been consensual. If he indeed raped her, she won’t return there. I didn’t bother asking if any of my former colleagues saw them together after December because I left the company 2 weeks to Christmas.

My advice for Timi Dakolo is to stop being timid and encourage Busola to confess.

She might have stopped her sinful act but while it lasted these two defiled their marital bed.

Please post the letter I sent for the world to see. I will appreciate it.

I was not a member of Biodun’s church like you suggested before, I have never worshipped at COZA and will never do.