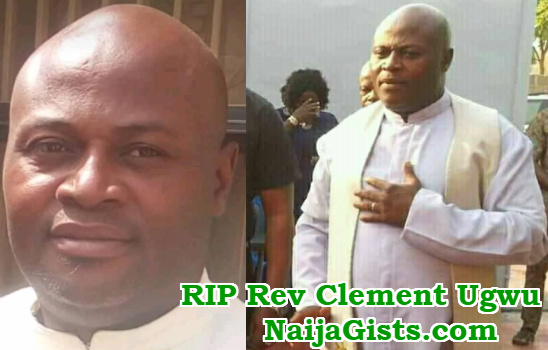 Sources told our correspondent that Fr. Ugwu was in his church premises on Wednesday, March 13, 2019, when gunmen suspected to be kidnappers stormed his house in a commando-style at about 9 pm and shot him.

It was gathered that they took him away in his blue colour Prado Jeep which made his parishioners to begin to suspects that the gunmen might be kidnappers.