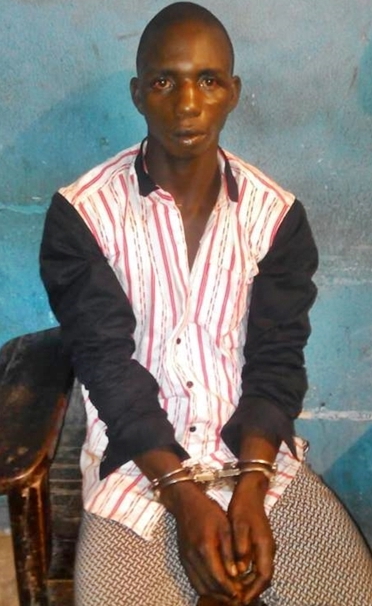 Saidu Abdullahi, the suspected kidnapper who killed the Catholic Priest, Reverend John Alex Adeyi (Ph.D.) in Benue State and abandoned his corpse inside the bush, has continued to sing like a bird to police investigators.

In his latest lyrics, he said that after killing Adeyi, he still went ahead to pretend he (the priest) was alive just to collect the ransom from his family. According to him, he used his share of the ransom to build a fantastic four-room apartment.

Operatives of the Inspector General of Police, (IGP) Special Intelligence Response Team (IRT), who tracked and cracked the kidnapping gang two months after the abduction of Adeyi, said they were shocked over Abdullah’s lack of remorse in murdering the priest. Rather, Abdullahi looked into eyes of the policemen and smirked.

He wanted them to understand that whatever God planned, nobody could change it; thus there was no sense in crying over spilt milk. He explained that the priest had to die, because God planned it that way. He added that God also planned that he, Abdullahi, should be the killer.

“I sensed danger and alerted Aliu, who was in the bush with me. The priest was with us. I sensed some people were trailing us. We started running, instead of the priest to run with us, he ran in the opposite direction. He ran towards the direction of the vigilante men that were hunting us. I felt he was trying to escape.

I shot him. He died on the spot. We abandoned his corpse and left the bush. The next day, his family called me. They paid N2million ransom. I got N750, 000 as my share. I used it to build four room