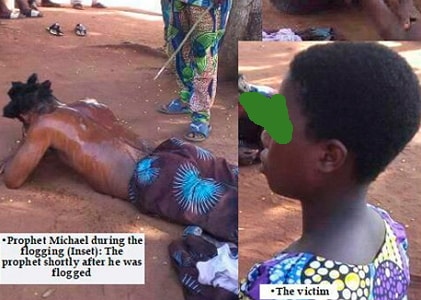 A white garment prophet is currently cooling off in police custody for allegedly defiling a minor.

The suspect, a prophet of a parish of the Celestial Church of Christ in Ilashe area of Ipokia LGA of Ogun state was recently caught and handed over to the police.

The randy prophet identified as Woli Michael allegedly seized one of his church members child, a 10 year -old girl and hid her in his house where he has been sexually abusing her since February of this year.

The native of Ondo reportedly hypnotised his 10 year old victim to hide from people but her parents spotted her on the 29th of April 2018 while she was sweeping Woli Michael’s compound. 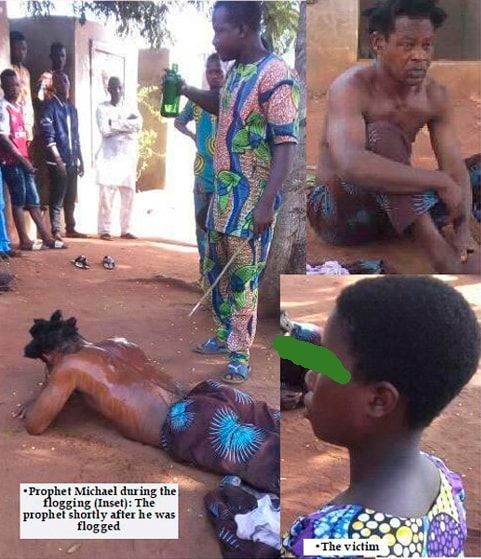 The underage girl who confided in her parents that she was kept in the prophet house was found in a pregnant state.

The heartbroken parents reported the matter to the monarch of the community but he managed to escape.

Woli Michael was arrested at his hideout on the 30th of April .

The errant prophet who was flogged and banished from his community was later  handed over to the police for prosecution.

How To Spice Up Your Marriage By Giving Action To Your Love
Aisha Abimbola Family House In Surulere Becomes Tourist Spot, Elder Brother Says She Was Their Breadwinner