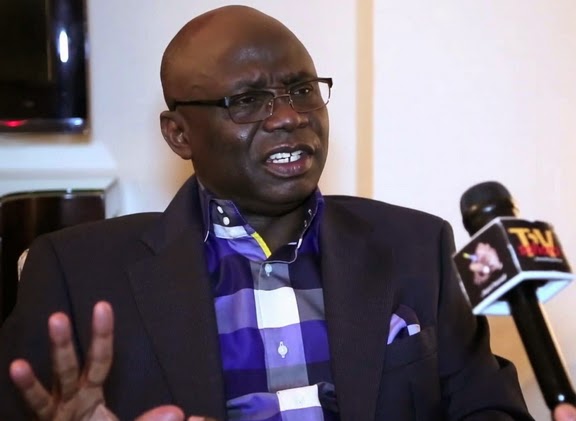 Lagos-based independent 24-hour news station Channels TV on Sunday suddenly terminated a broadcast by fiery pastor, Tunde Bakare, over claims that the tone of the message was critical of the Nigerian government.

Moment of Truth, a one-hour recorded paid programme, through which Mr. Bakare broadcasts messages he preaches in his church, The Latter Rain Assembly, runs every Sunday on the Lagos channel of the station, between 5p.m. and 6p.m.

But 45 minutes into the programme on Sunday, Channels terminated the programme just as Pastor Bakare was making comments considered critical of the Nigerian government.

“We had to hurriedly take the programme off air after he (Pastor Bakare) began spitting venom against the government and saying things we cannot defend,” said, an official of the station, who asked not to be named because he has no permission to speak on the matter.

The official did not say what those comments were, but he insisted they were serious enough that Channels could not afford to allow anyone to spread them through its station.

When contacted, the General Manager of the station, Kayode Akintemi, confirmed he received complaints over the pulling of Pastor Bakare’s broadcast.

He however said the station was looking into the matter.
Pastor Bakare disclosed that he and his church had not been given any explanation for terminating the programme.

“The broadcast is not free,” Mr. Bakare said. “ It is paid for and those in charge will write them tomorrow to demand explanations.”

The pastor insisted Channels had no justification for pulling his broadcast.
“There was nothing I said in that broadcast that is subversive other than warning the nation that the forthcoming election is laced with disaster and that if we must plunge into it, we should be ready for the consequences,” he said.

In the broadcast entitled, “The Gathering Storm And Avoidable Shipwreck – How to Avoid Catastrophic Euroclydon”, Pastor Bakare accused the government of plunging the country into political and economic disaster and warned of an impending storm.

He spoke of the “fundamental flaw in the polity” and the gathering of the cloud ahead of a major storm.

Accusing the government of ignoring warning signs and allowing criminality to thrive, Mr. Bakare argued that the Nigerian economy had now crashed because it could no longer sustain the massive corruption in the subsidy fraud.

The pastor, who declared his loyalty for the presidential candidate of the All Progressives Congress, Muhammadu Buhari, later identified the danger signs facing the country and the steps he said are necessary to avert crisis before, during and after the forthcoming elections.

According to him, the signs include: