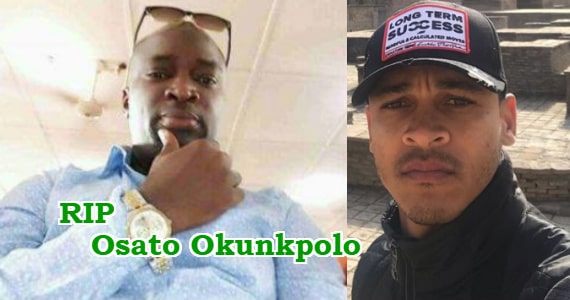 A shooting which lasted for about 3 hours on Sunday has left a middle-aged man dead in Benin, Edo State.

The victim, 40-year-old Osato Okunkpolo met his sudden death while he was in his office. He was a manager of the hotel belonging to Nigeria’s former international footballer, Osaze Odemwingie, within the densely populated area.

Besides, Okunkpolo was also the husband of a journalist, Mrs. Anita Okunkpolo, who works with a local tabloid based in the state.

The PPRO, however, said Okunkpolo was hit by a bullet during a shootout between two rival cult groups. Nwabuzor said members of Eiye and Aye confraternities had engaged in a shootout in the area on Sunday night.

“The incident is true. It is true that a murder incident occurred at Odemwingie’s hotel on the 17th of February, 2019.

The incident was between rival secret cult groups; the Aye and Eiye. “In the process the manager was killed inside the hotel. It was not an armed robbery incident. The corpse has been deposited at the Benin Central Hospital mortuary. “Our detectives are still investigating the incident.”