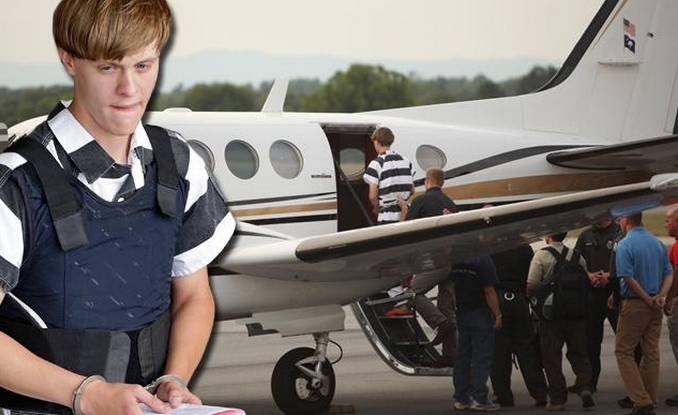 The evil boy who killed 9 kind church goers on Wednesday night has made a chilling confession to the FBI.

Dylann Roof who is currently in isolation cell in Charleston told FBI his plan was to wipe out the entire Black race in order to rescue the Whites from extinction.

He said he had planned the killing for a long time but couldn’t back out because his mission was to start a race civil war before committing suicide.

His roommates who are currently being interrogated told FBI agents that Roof had been planning the massacre since late last year but they thought he wouldn’t do it.

They said he hated black people and complained that ‘blacks were taking over the world’ and someone needed to do something about it for the sake of ‘the white race’.

He has been charged with 9 counts of murder and currently facing death penalty.

His uncle, Carson Cowles promises to push the button once he receive the death penalty.  He said he can’t forgive Dylann Roof for the mass shooting.

His roommates were aware of his plan to kill innocent black people and didn’t report him to the police??? Yeye dey smell…These Oyinbos self IIIISHHH!!