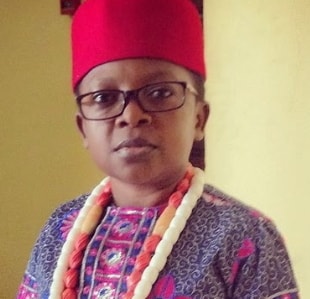 Talented Nollywood actor Chinedu Ikedieze who lost his younger brother to Sickle cell Anemia in 2009 has revealed to fans how he felt on that day.

“The day I lost my younger brother to Sickle Cell Anaemia was a very terrible day for me. My brother and I were very close and he looked up to me as his hero and mentor. One thing I loved about him was that he was very funny. There was nowhere he went to that he did not make people happy. He was about to gain admission into the university when he died.

“I was in South Africa when he died and immediately I heard about his death, I returned to Nigeria as quickly as possible because I told them not to keep his corpse in the mortuary for too long. I made sure that he was buried within a week before I went back to conclude the project that I was doing in South Africa.

I have a foundation that takes care of vulnerable kids in the society but ever since the death of my brother, whenever I stumble on news about people living with sickle cell anaemia, I’m always very touched. Such news always reminds me of him and I want to help people living with the sickness.”

He further told Saturday Beats that before he found his way to stardom in 2003, he had witnessed poverty and ever since he became successful, he had vowed never to be poor again.

“My biggest fear in life is to become poor. I have experienced poverty and it was not funny; I would do everything legal to ensure that I never witness poverty again in my life”.

Sotayo Sobola: My Husband Knows I Work Hard For My Money, No Rich Man Is Funding Me
Biodun Okeowo Denies She Did Butt Enlargement Surgery, Challenges Critics To Visit Mother