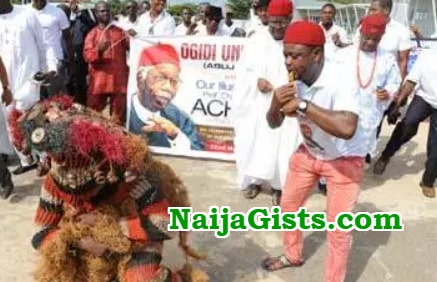 A communal clash involving kinsmen of late Prof Chinua Achebe in Umesiome Nkpor and Ogidi area of Idemili LGA of Anambra state has claimed the life of a 70 year old man.

According to the Spokesman for the Anambra State Police Command, Mohammed Haruna, the case is currently under investigation.

The spokesman for Amechi Ekume and Ikenga Ogidi told reporters in Awka today that Umusiome people encroached in their land despite Supreme Court judgement of 1997 that ceded the land to Ikenga.