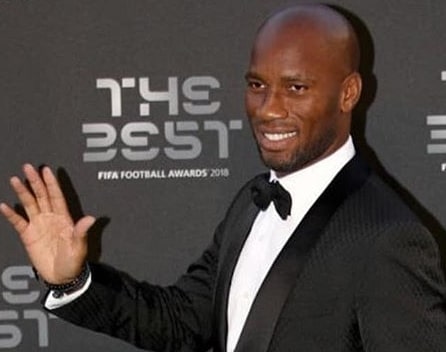 Drogba Retires From Football After Scoring 157 Goals In 341 Matches

The 40 years old decided to hang his boots after his team, Phoenix Rising, which he part-owned lost to Louisville City in the USL Cup final.

It was the final of U.S. football’s second tier.

According to BBC Sport, co-owner of Rising, Berke Bakay thanked Drogba for his “amazing contributions to the beautiful sport” after Friday’s loss.

Drogba scored a goal in each of the club’s three play-off matches en route to their first ever USL Cup final.

“You have laid the foundation of something really special that we are all going to enjoy for many years to come,” tweeted Bakay.

Before the final, Bakay told BBC World Service that Drogba would be moving into the boardroom after retiring.

“I joke with people that they need to give me the cup, so I can retire in peace. And that if I don’t get it, I’ll come back. But the truth is, this is my last season.”

Drogba scored 157 goals in 341 appearances during his first spell at Chelsea from 2004 to 2012, winning three Premier League titles and the Champions League.

Following moves to Shanghai Shenhua in China and Turkish side Galatasaray, where he won the Super Lig and Turkish Cup, Drogba returned to the Blues for the 2014-15 season, scoring seven goals in 40 appearances and helping Jose Mourinho’s side to the title.

He then had 18 months with Montreal Impact before joining the Phoenix.

He scored 65 goals in 104 appearances for the Ivory Coast and was named African Footballer of the Year twice.

Continue Reading
You may also like...
Related Topics:Drogba, football, retires