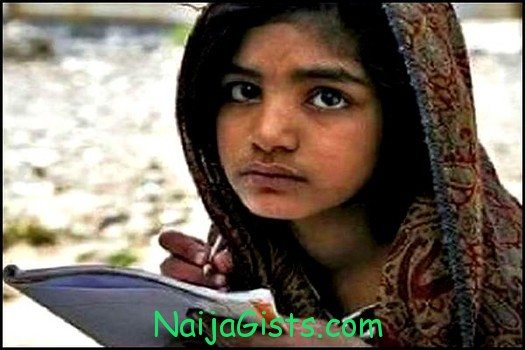 A 14-yr-old Christian girl, Rimsha Masih who was arrested in Pakistan 3 weeks ago after she was accused of blasphemy for burning pages of Qur’an (Koran) has been granted bail after her case sparked outrage from the international community. naijagists.com

Rimsha Mashih was arrested by angry crowd in Islamabad after she was accused of burning pages of Koran 21 days ago.

Contrary to the punishment demand from the mob, Judge, Muhammad Azam Khan has ordered her immediate release following a bail of $10,500.

Lucky Rimsha is the first person accused of blasphemy to have been granted bail by a trial court.  And for the first time since the 1980s, when the blasphemy law was first instituted, a council of clerics openly came out in support of reports that a local cleric had tampered evidence to frame Rimsha.

The little girl has been kept at a high security prison since the 16th of August to protect her from danger of exposure to vigilance Muslim group who are popular for attacking and killing people accused of blasphemy.