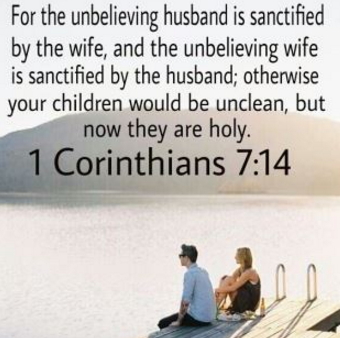 June 25, 2017 – Christian Woman Divorces Unbelieving Husband, Says She Regrets Marrying Him Because Her Parents Warned Her

An Ibadan-based woman, Adenike Oladejo, has asked an Idi-Ogungun Customary Court, Agodi Ibadan, to dissolve her marriage of 9 years over husband’s refusal to change from his sinful ways.

Adenike while testifying in court on Friday, said she cried on a daily basis because of the kind of life her husband was living.

She said her husband was a drunk and always came home late, adding that the plaintiff did not care about her welfare and the only child of the marriage.

She further described the husband as “a stubborn and irresponsible family head who preferred spending his money on alcohol.

“I regret marrying him because my parents warned me not to marry him but I did not obey them due to the blind love I had for him.

“I pleaded with him on many occasions to be going to Church, with the aim of repenting from his bad ways of life but he refused.

“My Lord, separate us, I can no longer stay with a man who does not know God but live a sinful lifestyle.”

Samuel, however, agreed to divorce the wife, accusing her of abandoning him when he became broke.

He said, “The court should grant her request but she did not seek for divorce when I had money and things were going on smoothly for me.

“It is now that she wants divorce because I hardly feed her and cater for her needs and our kid because I dont have the means.”

The president of the court, Chief Mukaila Balogun, dissolved the marriage, saying evidence of both parties proved that they both agreed to the separation.

Balogun also gave the custody of the only child of the marriage to the plaintiff and ordered the defendant to be paying N3,000 monthly for the upkeep of the child.