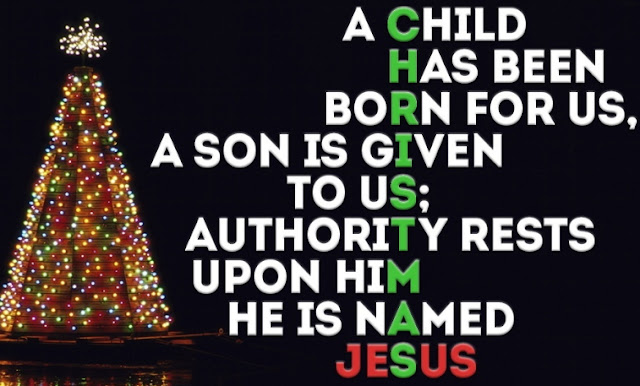 December 3, 2017 – Christmas: Ancient Witnesses Of The Gospel Of Jesus Christ

In 1844, 36 year old Constantin Tischendorf, a German specialist of ancient languages, led a group of men on Carmel backs to the Monastery of Saint Catherine caught within the thoroughly biblical desert of Sinai in modern day Egypt.

His quest was for evidence, not only for the earliest records of Jesus’ existence, but also for a historical backing of the stories written about him.

Since its building in early 6th century AD by the Byzantine emperor Justinian, this fortress-like building, walled on all sides by 4-storey high fences, sandwiched in the very same harsh terrain in whose granite cliff Moses received the Ten Commandments on stone tablets, had not changed much at all.

Starting from 1517 in Wittenberg, some type of upheaval had rocked the great Roman Catholic Church, so that a number of issues had been raised by the Reformation.  Some of the issues generated public interest in some of the teachings of the Church, the question of the person of Jesus Christ and originality of texts of the New Testament. Also, Biblical criticism had reached new heights led by philosophers like Thomas Hobbes, also, the Dutch scholar and Catholic priest Erasmus Rotterdam had compiled the first-ever printed edition of the New Testament in original Greek.

So, before his trip to Sinai, Tischendorf took time to study Erasmus’ work, the documents known as Codex Ephraemi Rescriptus, one of the four great uncials, and even travelled to Rome where he was warmly received by Pope Gregory XVI, to study the 4th Century Codex Vaticanus.

These documents, the sheer quest for knowledge and scholastic passion led Tischendorf like many New Testament scholars before and after him, to the great monasteries of the East.

For 15 years, Tischendorf had made several visits to this same monastery with little or no access to their great library. It was not until he presented credentials from Tsar Alexander II of Russia that the monks received and granted him unrestricted access to their library.

One fateful night during this visit, Tischendorf discovered what he called “…the most precious Biblical treasure in existence, a document whose age and importance exceeded that of all the manuscripts which I had ever examined during 20 years’ study of the subject”, and which many experts describe as one of the ancient witnesses of the gospels.

Today, almost all expert are in agreement regarding the authenticity of this manuscript -which by the way includes the lost ‘Epistle of Barnabas’ and ‘Shepard of Hermas’- called Codex Sinaiticus.

Tsar Alexander II bought the manuscript from the monastery, and by 1933, the British museum paid a whopping 100,000 pounds, the highest ever paid for a manuscript at that time, to purchase the document.

Scholars agree that both the Codex Vaticanus and Sinaiticus are twin sisters, and that they remain the oldest near complete ancient texts containing most of the Old and New Testaments in existence today.

Because of finds like these, archeologists and scholars like Tischendorf have helped to push the antiquity of Christian documentation further back to more than 2 centuries before the Council of Nicea.

The point is that these documents and many like them that have been found over the years have told us a great deal about the veracity of the books written about the figure we are celebrating this season, Jesus Christ himself.

From comparing the documents with many other manuscripts from the time immediately after Jesus and his disciples, which have been found, from examining their handwritings, punctuations, spacing, and even the reign of the emperors mentioned in them and comparing the information gathered with non-Christian history, scholars established that their stories could be relied on.

Tischendorf’s findings further inspired subsequent digs around Egypt that exhumed other documents like private letters, contracts and other legal and official transactions, which enabled them to learn a great deal about the everyday life of ancient people in the near east, especially early disciples of Jesus.

For example, in one of the finds, American archeologist Patrick Hunt’s eyes fell on the word ‘karphos’ on one of the papyrus. It was the ancient Greek word translated ‘mote’ in Saint Matthew’s gospel chapter number 7:3 and Saint Luke’s 6:41, “…then you will clearly see to cast the ‘mote’ from your brother’s eye…” attributed to Jesus Christ.

After countless digs, archeologists Bernard Grenfell and Hunt, placing their works side by side the works of many other experts, even those from non-Christian sources, found that the evidence supporting the gospels from less than 150 years after Jesus was overwhelming.

In 1930, American mining millionaire Alfred Chester Beatty announced the acquisition of some manuscript from Egypt. Again, from the manuscripts, experts found that almost all of New Testament, including most of Apostle Paul’s letters, was bound as a codex or booklet in the 1st Century, just like the documents discovered by Hunt and Grenfell. And that the document showed that Apostle Paul’s writings and the gospels were contemporary documents.

In 1950, Swiss collector Martin Bodmer announced the acquisition of substantial portions of a papyrus codex of Saints John and Luke’s gospels, again datable to less than 200AD.

Some scholars say by far the most substantial discovery in modern times is that made near the town of Nag Hammandi in modern day Egypt, of manuscripts, written in Greek characters Coptic, the original language of Egypt, which has greatly illuminated scholars on the works of non-orthodox followers of Christ within the century of his death.

Today, in the British museum there exist a collection of 3 papyrus fragments called Egerton Papyrus 2, and recognizable from this work are near identical versions of Saints Matthew, Mark and Luke’s account of the healing of a leper together with the story of Jesus escaping stoning. Together, they comprise one of the oldest surviving witnesses to any gospel or codex.

Similarly, in John Ryland’s library, Manchester University, there is a papyrus originally discovered in Egypt in 1920. From careful study, scholars say it was produced well within less 100 years of Jesus lifetime.

There are countless ancient documents like these, some of them datable to 94AD, less than a century after Jesus Christ.

Like the Dead Sea scrolls and all the other documents that have been discovered and are still being discovered, scholars have found that without any shred of doubt, all the works have proven the following about the Holy Bible in general and the New Testaments in particular.

That contrary to the claims of some, the Holy Bible has suffered very negligible or no change at all over the centuries.

That all the manuscripts, from the Caesarean, Byzantine, Western to the Alexandrians, just name it, are all in one large family in terms of their preservation, and their thorough authentication of the scriptures we have today.

British scholar Ian Wilson puts it better when he said “…as a whole, errors and textual variations are relatively minor, and the gospels can be judged to be very much as the authors wrote them…”

Now these are just scholastic witnesses, but the Holy Bible’s witness itself that “…all scriptures is inspired of God and beneficial…” in 2 Timothy 3:16 carries more weight for the Christian.

Meanwhile, the Nigeria’s Christian leaders draw the authority for their every actions today from this same Holy Bible, and the great Catholic Church, falling back on it, has picked this season as one in which to celebrate the birth of Jesus Christ.

But from what we know of Jesus from a historical perspective, would he have given his blessing to everything we do in his name today?

Albert Afeso Akanbi is a Novelist, Researcher, Columnist and Humanitarian. He has three novels, a number of short stories and articles to his credit. He lives in Abuja FCT, Nigeria.

5 thoughts on “Christmas: Ancient Witnesses Of The Gospel Of Jesus Christ”