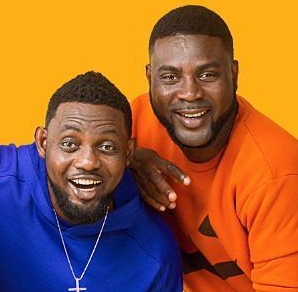 Comedian Ayo Makun has denied the viral report of an altercation between him and his brother, Lanre Makun who allegedly sold fake tickets to AY Live comedy show fans.

The actor who has since ordered the controversial blogger who formulated the story to take it down has debunked the report.

Here is how Mr Makun shut down the damaging report.

“The person who started the story (Linda Ikeji) immediately brought it down when I called her. I don’t understand why people are fond of formulating stories. I blame Nigerians for believing all the stories they come across online. I think it is high time we start asking questions when we see a report.

We should ask for sources, which Nigerians don’t do. When I made a complaint, it was brought down immediately. But you know the way the cyberspace is; other people had lifted it as a news story. It seems the people were excited that the Makun brothers had a fight.”

“Lanre exchanging blows with me, Richard Ayodeji Makun? That can only happen except he was not born by my late father, Makun. On our family group chat, we were just laughing. Lanre was even worried about the negative effect the story could cause his image.

If you know the years’ difference between Lanre and me, you will understand why Lanre cannot fight me. There are four other people that will slap Lanre before I get backstage.”

“I had already come out in the open that I would only refund people who didn’t have access to my show because of the long queue, not because you got a fake ticket.

You cannot expect me to pay the money criminals had taken from you. If you team up with me, we would trace where you got the ticket and we would find the criminals together.

“Some people used the opportunity to print their own tickets; they didn’t know that we had an invincible security. You cannot see the security until we show you where it is with our security light. People who got fake tickets from any of our outlets will get their money back. But we will not respond to anyone who got a ticket from some guy at the entrance of Eko Hotel because we made it public where to get tickets.

After an investigation, we saw that everyone, who complained about buying a fake ticket, got it from a particular outlet and the outlet had been making refunds. The outlet has begged me; so, I cannot mention its name and I don’t want to spoil the name it has built over the years.

We have an existing partnership that has been on since the inception of AY Live. They (outlet officials) have arrested the individual that caused them the embarrassment too.”

Continue Reading
You may also like...
Related Topics:ay, Brother, comedian