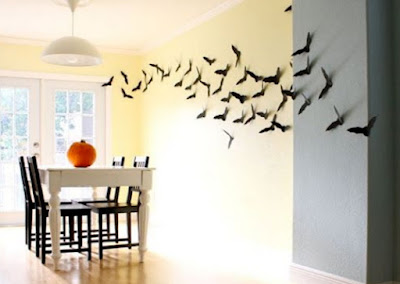 Area Residents of Sapele and some smaller communities in Delta State have reportedly deserted their homes following a mysterious bats’ invasion in the areas in recent times.

It was reliably gathered that efforts by the communities to curtain the bats have proved abortive as the flying animals have overwhelmed the communities.

Apart from the fleeing residents, health workers in Mosogar, Umolu Ugbevwe-Jesse communities have raised the alarm over the increasing rate of the bats in government owned hospitals.

Dr. Eravwoke Onomine, Medical Director of the Sapele General Hospital, told our correspondent that the animals have defiled every effort by both the hospital managements and the communities to curtain them.

He said, “When we started noticing the bats, we made efforts to check them, but as if in annoyance, before we knew what was happening, in few weeks, the bats came in full force, hanging on every available space in the hospital.”

Investigation revealed that the bats roost on trees, caves, mines and barns at the roof tops of the hospital, including individual houses where they have provided shelters for themselves.

The mammals are also nocturnal, meaning that they sleep during the day and are awake at night. But a fleeing resident, John Okotie told our correspondent, “Myself and my family moved out of the house when over 300 bats are now taking refuge in my house. We tried all means to drive them out to no avail”.

Further investigation revealed that aside economic benefits of helping in controlling the population of crops destroying insects, residents have expressed fears that they might contract Ebola virus especially when it is believed that the flying animals are regarded as carriers of the disease.

Although, no case of death has been reported, there are indications that the bats may not depart the communities anytime soon.

Meanwhile, the fleeing residents have called on the state government to come to their aid and address their challenges in order to forestall possible outbreak of the dreaded Ebola virus.

[By Punch NG Metro Plus]

Man Kills Girlfriend In Hotel In Minna Niger State Because She Infected Him With Gonorrhea
Injustice: Woman Loses Right Eye To Wicked Mother In Law