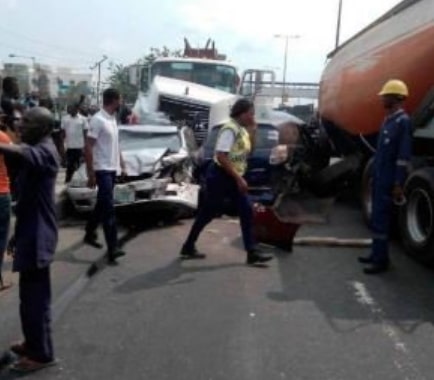 Several people were feared dead after a container fell on a truck along Ikorodu Road in Lagos this evening.

According to reports from locals, the tragedy occurred at 8:30pm at Agric axis of Ikorodu Road.

The inbound truck was alleged to have carried an unlocked container.

As at 9pm, many persons were trapped underneath the container.

Director General of the Lagos State Emergency Management Agency (LASEMA) Dr. Femi Oke-Osayintolu confirmed the accident but said he was yet to ascertain the number of casualties.