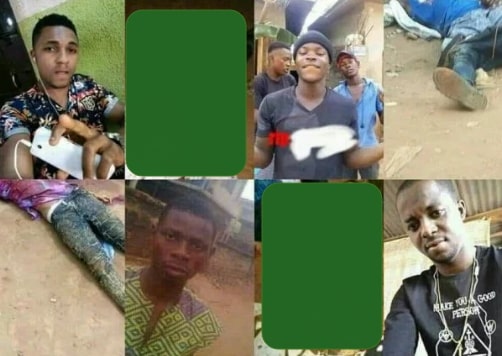 The Akwa Ibom Police Command has confirmed that three persons were killed in a cult clash between Black Axe and Vikings confraternities in Onna Local Government area of the state.

The Police Public Relations Officer in the state, Odiko Mac-Don, disclosed this while speaking with on Sunday in Uyo.

Mac-Don, who said that aside the three persons who were killed, added that some others sustained varying degrees of injuries in the clash.

He, however, said that nobody had been arrested.

“Yes there was cult clash in Awa, in Onna Local Government area. Although nobody has been arrested for now, three persons have, however, been confirmed dead,” he said.

The police spokesperson said that investigations were ongoing to unravel the cause of cult clash in the area.

“Investigations are ongoing; whenever the culprits are arrested, we will bring them to book. You know that this government has zero tolerance for cultism and we will not condone their activities.

“We are trying to restore normalcy to the area. We were not aware of the incident until last night,” he said.

An eyewitness, who pleaded anonymity, said that the incident happened last week in the area.

He listed the affected villages to include Awa, Afaha Ubium, Ikot Obong Ishiet, Edem Idim and Ikot Asse as well as other neighbouring villages.

The eye witness explained that the cultists laid siege to the affected villages, killing three persons and leaving scores with varying degrees of injuries.

He said the clash between the two confraternities was a supremacy battle, occasioned by the disbursement of cash allegedly given to some youths by one of the state government-owned agencies operating in the community.

Another eyewitness, who also pleaded anonymity, alleged that the money was released to one of the youth leaders who, he said, was a member of one of the cult groups.

He said that the youth leader shared the money among his members only, a situation which infuriated members of the rival cult group.

The eye witness said that the rival cult members regrouped, armed with dangerous weapons, and attacked the youth leader who, he said, had, however, escaped to a neighbouring state.

He alleged that the younger brother of the youth leader was one of those killed when they could not find him at home.

The police spokesperson said that while the corpses of the victims had been buried, those who sustained injuries were currently receiving treatment in hospitals whose identities were not revealed for fear of another attack. [NAN]