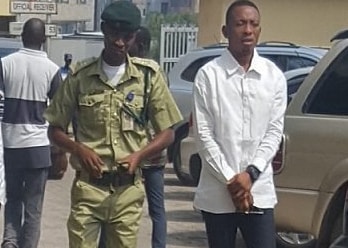 A man identified as Kingsley Inyang  has been sentenced to life behind bars for defiling the 12 year old daughter of his church member.

Justice Sedoten Ogunsanya  of a Lagos High Court on Monday found 28-year-old Inyang guilty of having unlawful sexual intercourse with the girl, a Junior Secondary School (JSS) Two pupil, contrary to Section 137 of the Criminal Law of Lagos State, 2015.

She found that Inyang’s defence was inconsistent with the evidence of his girlfriend, who stated that on the day of the incident, he spent only 15 minutes with her, contrary to Inyang’s alibi that he was with her the whole day.

Inyang, of 16, Adetunde Arogundade Street, Fagba, a Lagos suburb, was arraigned on March 3, 2017.

According to the prosecution, he committed the offence at his home.

He pleaded not guilty and was granted bail.

According to the prosecution, Inyang committed the offence on July 26, 2015.

During the trial, the girl told the court that the first time Inyang defiled her was on a Sunday evening after a fellowship service.

She said he threatened to assault her if she told anyone.

She claimed three days later, as she and her younger brother passed his house on their way home from Bible study, he beckoned on her again.

“He sent my brother outside and forced me to make love to him and said that I should not let anybody know, otherwise he was going to beat me,” she said. [NAN]

Continue Reading
You may also like...
Related Topics:convicted, lagos, rapist