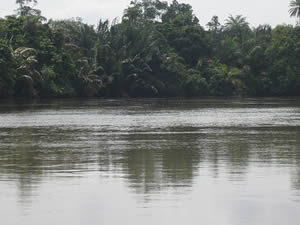 The lifeless body of an unidentified was yesterday found floating on the River Osun, around Osunjela town, near Osogbo.

According to Punch NG, residents of Osunjela said the body was discovered floating on the river early in the morning.

As of 6pm, the corpse had yet to be removed, as people converged on a bridge to catch a glimpse of the body floating on the river.

The naked corpse was that of a man, with sources in the area suggesting that he could have drowned while taking a bath.

Neatly packed clothes, believed to belong to the deceased, were seen near the river.

“Our men have been there. The body is already afloat, which means he must have died many hours ago. We don’t know anything about his identity yet.

“Firefighters have been informed and we are still waiting for them. The body will be removed as soon as they get to the scene.”