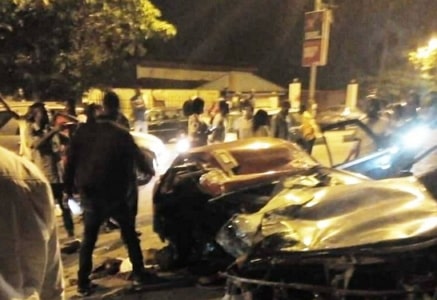 A ghastly crash which happened yesterday in the capital city of Cross River state claimed the lives of 8 persons.

According to eyewitnesses, the crashed was caused by excessive speeding by the driver of the Camry car, which reportedly ran into the cab at a U-turn opposite the 9mobile shop.

“We were informed that six persons died at the scene, so our men rushed in to control the situation. We later heard that two more persons died this morning,” she stated.

Ugbo also blamed the driver of the Camry car for the accident.

Continue Reading
You may also like...
Related Topics:accident, calabar, fatal