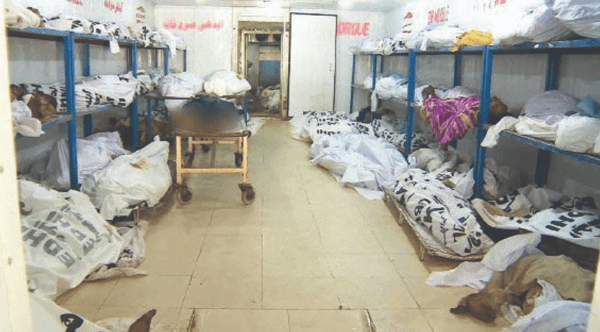 Corpses Abandoned At Mortuaries In Imo State Over COVID 19 Lockdown

Family Members of dead people are still not collecting corpses from mortuaries in Imo State for fear of being arrested during burial ceremonies.

A visit to major mortuaries in the capital city of Owerri revealed that people are not coming to claim their dead relations since the State Government’s directive banning burial and wedding ceremonies.

Agbala Ascension Mortuary in Owerri North Council Area, which used to release more than seven dead bodies in a week, particularly on Thursdays and Fridays, now releases one or two corpses a week depending on special arrangement.

A mortuary attendant, who does not want his name mentioned, told the Nation people hardly come to collect corpses for burial.

“We release one or two corpses in a week and this depends on special arrangement,” he disclosed.

It was gathered that those who collect corposes bury without elaborate ceremonies while some mortuaries are not attending to fresh corpses now.

At Aladema mortuary, it was gathered the management is not accepting corpses in the morgue following the outbreak of coronavirus.

The mortuary that used to be a beehive of activities for mourners appear like a ghost town.

A man, who identified himself as Chief Ndukwu, told our correspondent he came to see the possibility of collecting the corpse of his senior brother, who died since three weeks ago for burial.

“Many people don’t even come to mortuary now to deposit their dead ones. They make quick arrangement to bury the deceased once the person is certified dead by a doctor. ”

“If you don’t have money to eat where would you get money to bury somebody?”.

He also disclosed that another reason people were not coming for their dead relatives in the mortuary was because of the lockdown which has affected the economy.