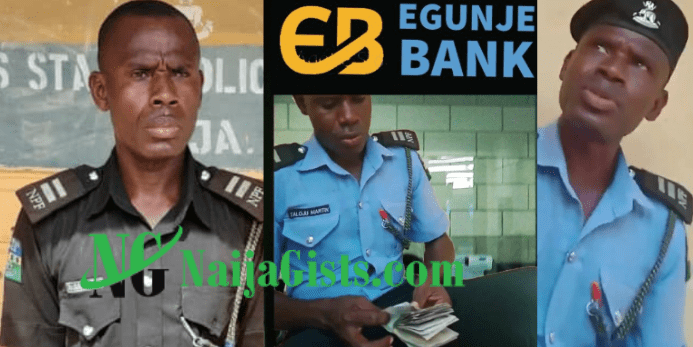 The Lagos Police Command has arrested corrupt Inspector caught on camera counting the money he extorted from a motorist.

The video released by Ruggedman has exposed Inspector Taloju Martin, the Station Officer at Ago Police Station.

He has been arrested and handed over to Provost Marshall for Orderly Room Trials.

The money has been returned to the rightful owner.

Check out the viral video that exposed him.