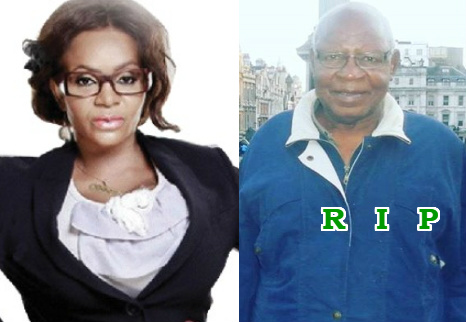 Highly controversial Nollywood actress Cossy Orjiakor has lost her dad exactly 8 weeks after she “got”  herself a new butt.

The actress who is still living in denial told fans she spoke with her dad a week after her butt enlargement surgery.

She mentioned how her father had shown concern when she had her surgery and how he agitated on her behalf, wanting to know how she would sit with her new butt.

Orjiakor who is currently out of the country is still begging her father to call her.

Here is how she mourned the deceased. 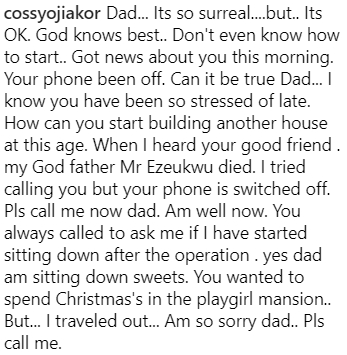