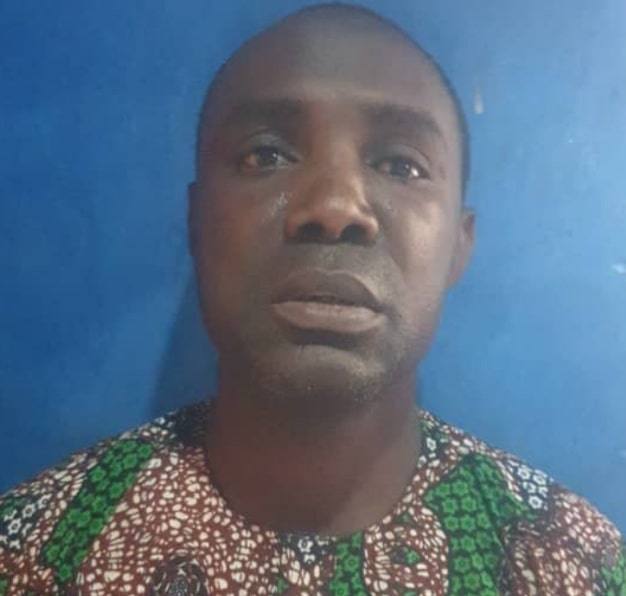 The Ogun State Police Command has arrested a man in Abeokuta Ogun state.

The suspect, 39-year-old Oladapo Akinola, a resident of Adewale drive, Sokori area of Abeokuta confessed to committing the crime for no just reason.

According to Ogun state police spokesperson, Abimbola Oyeyemi, the suspect was arrested on September 20, following a report lodged at the Adigbe Police Divisional Headquarters by the mother of the victim.

She had reported that while bathing her daughter, she discovered blood in her private part and when asked, the girl said her stepfather had had unlawfully carnal knowledge of her.

Upon the report, the Divisional Police Officer in charge of Adigbe Division, SP Fatoberu Oyekanmi, quickly detailed detectives to the scene where the suspect was promptly arrested.

‘The victim has been taken to hospital by the police for medical treatment and report.”.