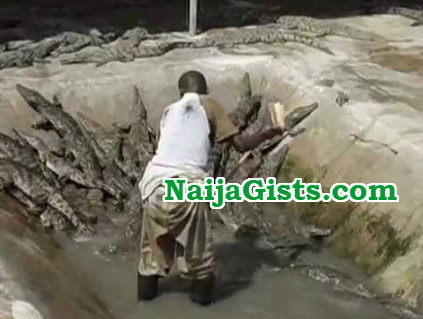 A 54-year-old man working as a tour guide at Le Bonheur crocodile farm in Paarl city South Africa was over the weekend mauled to death by crocodiles.

Police said today that an inquest has been opened after the body of the male tour guide was found in one of the ponds at the crocodile farm over the weekend.

The farm which provides interactive tours for visitors has over 1000 crocodiles which are farmed for leather products and meat.