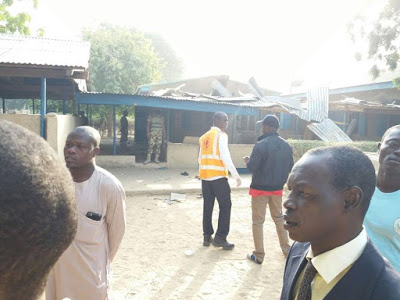 At least 5 people died today in Maiduguri after 2 suicide bombers struck the Senior Staff Quarters of the University of Maiduguri in Borno state.

According to Borno State Police Commissioner, Damian Chukwu, 15 staff members of the university sustained various degrees of injuries when a 7-year-old boy known in the area detonated his explosive at the senior staff quarters Mosque around 6:30am.

The first suicide bomber was gunned down around 5:45am by a mobile policeman while trying to scale the fence at Gate Five of the university.

One of the known victim of this suicide bombing has been identified as Professor Aliyu Usman Mani, the Director of Veterinary of the University.