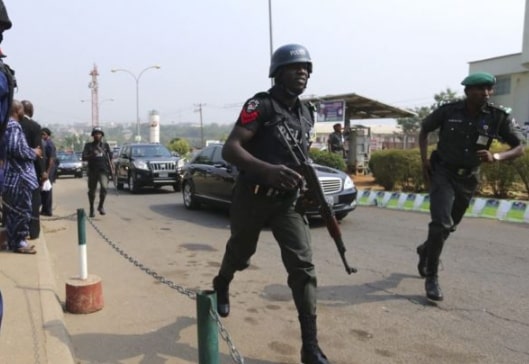 Cultists Disrupt Birthday Party & All Night Valentine’s Day Celebration In Rumuepirikom, Port Harcourt Because They Were Not Invited

The party was said to have been on until one of the invited ladies went out of the hotel located on Peace Avenue in the Rumuepirikom area of the state capital, and brought in over 10 young men suspected to be cult members.

It was gathered that the incident, which happened at about 8.30pm, took the hotel workers and guests at the event by surprise, as the cult members stormed the place with shotguns, hidden in their socks.

An eyewitness, Doris, who narrated how she escaped being attacked, said the cult members broke empty bottles and threatened to stab anybody who came close to them.

It was learnt that the woman celebrating her birthday was a girlfriend to a cult member, while the intruders were members of a rival cult group.

Doris said members of the rival cult group were not happy that they were not invited for what was supposed to be an all-night party.

“Immediately the boys came inside the hotel, they began to break bottles and threatened to stab anybody who dared to challenge them. I was at a corner watching and looking for an opportunity to call the police.

“Some of them hid guns in their socks. The party was held in one of the hotel’s suites. All of us were at the hotel dancing when the bad boys came in.

“The first thing they did when they got to the hotel was to switch off the lights. At that point, all attention was focused on them. They asked why they were not invited to the party,” Doris said.

Another source at the party explained that one of them called the police, adding that the cult members took to their heels the moment they noticed the presence of men of the Anti-Cultism Unit of the Rivers State Police Command.