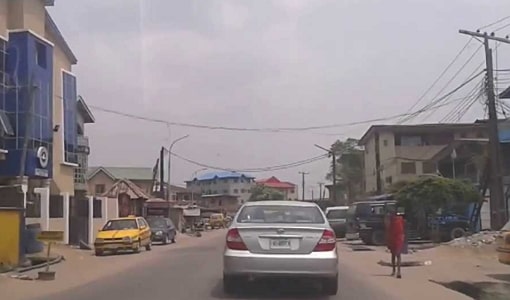 A lady identified as Damilola Martins is currently on the run after beating her dad’s tenant to death.

The fleeing suspect reportedly hit the victim, one Mrs Mojisola Olasehinde with a rod which killed her instantly at her father’s home in Bariga Lagos during a scuffle with her mother.

Here is what Lagos Police CSP said on the incident that happened on Odunsi Street, Bariga Lagos on Wednesday, the 13th of February 2019

“Around 11pm on February 13, 2019, one Mr Olakunle reported at the station that one Damilola Martins fought and killed his wife. Preliminary investigation revealed that the deceased and the landlord’s wife had been having issues for a long time.

“On that day, the prime suspect and her mother fought the tenant. In the course of the fight, the suspect (Martins) hit the woman with a hard object. The woman slumped and was rushed to a hospital.

“The main suspect is on the run, but his brother who witnessed the incident has been arrested and is assisting our investigation.”

Cultists Disrupt Valentine’s Day All Night Celebration Because They Were Not Invited
Father Who Killed Daughter On Her Birthday In Brampton, Roopesh Rajkumar Charged With First Degree Murder