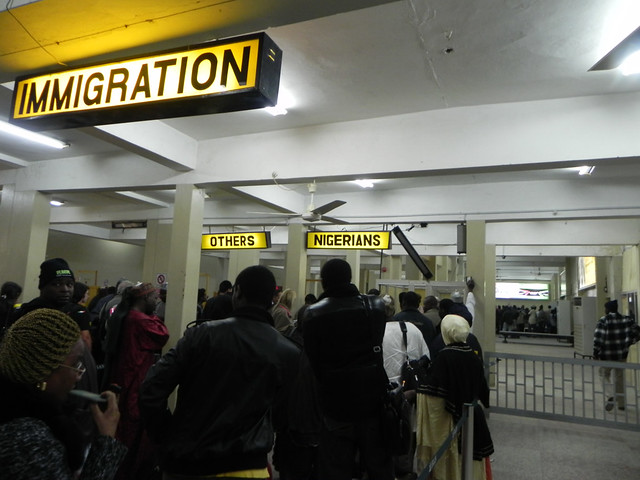 Abdu, a Nigerian but with a Dubai resident permit was on his way to Dubai on board Egypt Air when he was arrested by officials of the EFCC for failing to declare the $130,000 (about thirty million naira) on him.

He only declared the gold bars with him and 30, 000 Saudi Riyals.

Arrangement has been concluded to arraign the suspect in court as the offence is punishable under Section 12 of the Foreign Exchange (Monitoring and Miscellaneous Provisions) Act Cap. F34, Laws of the Federation of Nigeria 2004 and Section 2(5) of the Money Laundering Act 2011.

Last Wednesday, December 12, 2012, the EFCC arrested Aminu Lamido, the eldest son of the Jigawa State Governor, Alhaji Sule Lamido at the same airport at about 12.30 a.m. on his way to Cairo, Egypt over money laundering allegations.

Lamido who is currently on administrative bail was arrested during security checks as he prepared to board an Egypt Air flight to Cairo .

His arrest followed the discovery that he allegedly declared $10,000 in his possession to the Nigerian Customs at the airport while a physical search by operatives of the EFCC found he had tucked away another $40,000, totalling $50,000. [source]