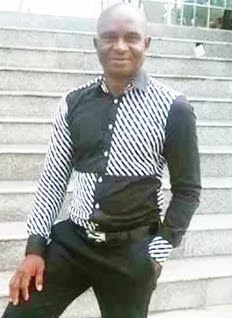 A Port Harcourt-based  businessman, identified simply as Ogbaire, has allegedly murdered his supplier, Lawrence Okoh, and buried his body in a shallow grave in Warri, Delta State.

Okoh, a native of Ubulu-Uku in Aniocha South Local Government Area of the state, left his Port Harcourt business outfit to supply generator spare parts to a customer in Warri.

After the supply on August 2, Okoh, fondly called Law, did not return home and police declared him missing. The deceased had, earlier that day, sent a text message to his wife that he would not make it back to Port Harcourt and that he would pass the night with his customer in Warri.

His wife contacted the customer, who claimed that he knew the deceased very well, but that he did not see him for over a period of time.

The police raided the spare parts market in Warri where the wife was able to identify some of the parts her husband left with on the fateful day.

The shop owner, where the parts were found, took the police to the person who supplied them. The suspect was the one who told Okoh’s wife that he had not seen her husband in a long while.

Ogbaire allegedly confessed to the police that he murdered Okoh and buried him in a shallow grave in an uncompleted building to avoid paying him for the spare parts he supplied him.

A senior police officer in Warri said Okoh’s decomposing body had been exhumed and released to the family in Ubulu- Uku for burial.