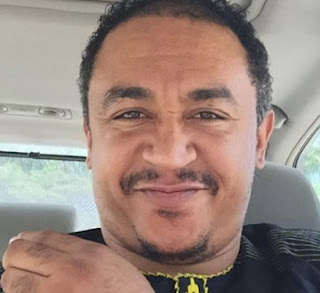 October 25, 2017 – Daddy Freeze Showing Traits Of A Narcissist As He Is Confusing & Controlling The Minds Of Weak Christians

I know what you are thinking, make u no put mouth for this matter … wetin consign u, well make I tell you how the thing take consign me.

This Daddy Freeze of a man is very determined to drag so many people to hell not because of his teaching on tithing alone but because of the way he twists the scripture to make a point.  I won’t go further into this.

If you are observant enough, you must have noticed the way in which he has dedicated his whole time to bashing popular men of God in Nigeria and all over the world.

I see no point in him doing this. Is it to shame the gospel or to further make unbelievers poke fun at Christians thereby making others to fall or what?  I really don’t get his point. He is a man on a mission.

He is beginning to enforce his doctrine and belief system on others by misinterpreting the scripture and Christians all over the world must watch out for him.

He is showing 5 signs of a manipulative and controlling leader and I believe he is planning a major movement to confuse more Christians to join his sect. Yes… Daddy Freeze mindset is gradually becoming the mindset of many youths in Nigeria today.

Ok here is the thing, if you are against tithing, make a point, grant interview to anyone  you want to grant it to and let it be but to dedicate your entire life to making the same point over and over again is suspicious.

He is a very controlling man. His ex-wife testified to this.

When Daddy Freeze first marriage crashed, his wife mentioned something similar to him being a controlling man.

This is exactly what he is doing now.

He has been insulting several men of God who are even older than his father yet these highly respected men of God like Pastor Adeboye and Bishop Oyedepo kept quiet.

That these men of God kept quit doesn’t mean they are dumb.

They are simply following the teachings of Christ as Daddy Freeze cries about like a child throwing tantrum.

It is only the gullible that will listen to Daddy Freeze… Trust be told.

Believers be very careful who you listen to these days, they either make you or break you.

They either empower your faith or make you weak by doubting the teachings of Christ.

All Daddy Freeze is doing now is not biblical as the bible says we should avoid foolish argument of this nature.

Before I take my leave, I will leave you with the bible verse below.

Don’t have anything to do with foolish and stupid arguments, because you know they produce quarrels.

NLT
Again I say, don’t get involved in foolish, ignorant arguments that only start fights.

English Standard Version
Have nothing to do with foolish, ignorant controversies; you know that they breed quarrels.

King James 2000 Bible
But foolish and ignorant questions avoid, knowing that they do produce strifes.

American King James Version
But foolish and unlearned questions avoid, knowing that they do engender strifes.

About 2 Timothy
Not long before his death, Paul wrote this moving letter to Timothy, who was like a son to him.

These last words written in 2 Timothy had powerful meaning for Timothy—and us Christians.

May God deliver Christians from people who are good at empowering others to engage in foolish talks and argument that only leads to sin.

Read also Mathew 24:24: I encourage you to read different versions.

Here is what the Message Version states:

“If anyone tries to flag you down, calling out, ‘Here’s the Messiah!’ or points, ‘There he is!’ don’t fall for it. Fake Messiahs and lying preachers are going to pop up everywhere. Their impressive credentials and dazzling performances will pull the wool over the eyes of even those who ought to know better. But I’ve given you fair warning.”

Believers must be very careful. This is the end of time.

Guard your faith jealously this time.

It is well with you.